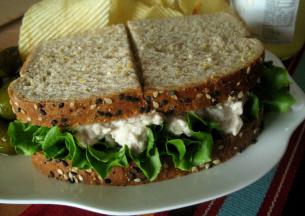 The ever popular tuna salad sandwich is a standard on almost every sandwich shop menu. Clearly making your own tuna salad is a much more economical option than continuing to support your local deli! 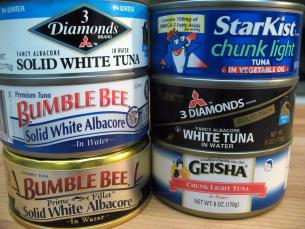 When buying tuna, you are going to have to do some taste-testing to find your favorite tuna. The first thing to decide is do you want it packed in oil or water. Some people say there aren’t that many calories in oil-packed tuna, and they think oil adds to the taste. Others don’t like the taste of oily tuna fish, so they choose water packed tuna. Not all tuna from a can has the same texture. You may want to try different types and brands to find the one you like the best.

When I made my Salad Nicoise I splurged and bought imported tuna in a jar (shown below with some capers). The chunky imported tuna, packed in olive oil, was expensive ($7) but worth every bite. 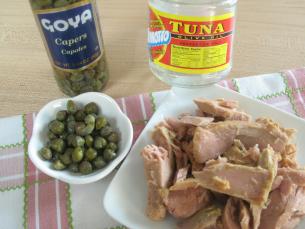 Plus the imported tuna looked fantastic in my Salad Nicoise! For tuna salad sandwiches, stick to the less expensive tuna from the can. 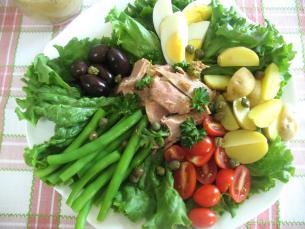 To make 2 tuna salad sandwiches you will need: 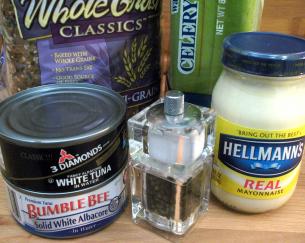 Both the oil and the water packed tuna need to be drained. The safest way is to do this is to put the tuna in a colander. 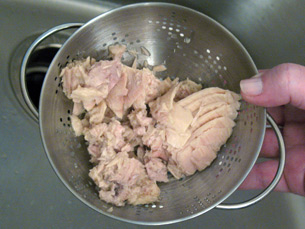 A second way of draining the tuna is after opening the can, press the lid into the can, so that all the water or oil drains out. You can do this right into the sink. (Be careful of the sharp edges on the lid of the can!) 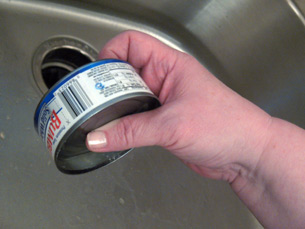 Using a fork put the tuna in a small mixing bowl. Then break apart the tuna with the fork. 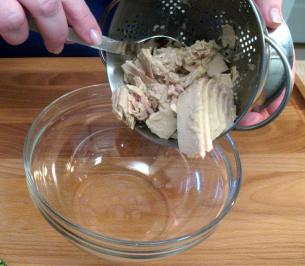 Wash one stalk of celery. Trim off the ends and cut it into thirds. Then cut each third into strips. 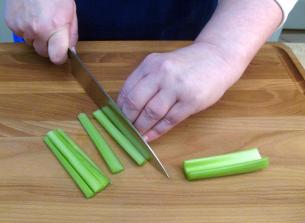 Line up the strips and start dicing the celery into 1/8 inch bits. (Dice means to cut into tiny pieces. It is smaller than “chop” and larger than “mince”.) Add the celery to the tuna. 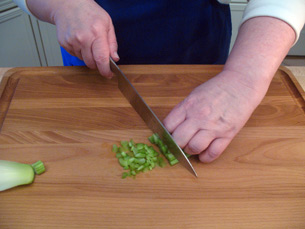 Measure out slightly less than 1/4 cup of mayonnaise and add it to the tuna. The amount of celery and mayonnaise is totally adjustable to your taste. Mix everything together. Taste it and you decide if you want to add a sprinkle of salt and pepper. 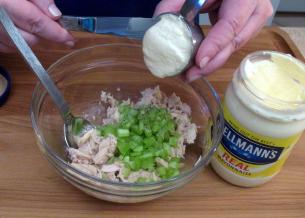 Lay two slices of bread on the cutting board. Put 1/2 of the tuna on one slice of bread and maybe even some lettuce if you have some in the refrigerator. 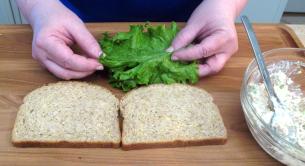 Put the second slice of bread on top. 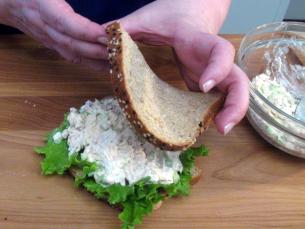 Using a bread knife (one with a jagged or serrated edge) slice the sandwich in half using a sawing motion. Try adding potato chips and dill pickles on the side. They taste great with tuna salad! 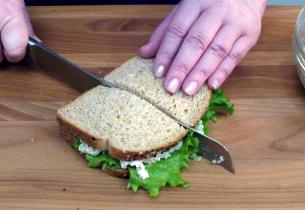 Many different types of bread go well with tuna. Pita pockets are a fun alternative to slices of bread. To fill the pocket first cut the pita round in half. 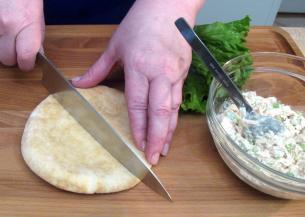 You could then just stuff the pita with the tuna. I like to put the tuna on a lettuce leaf. 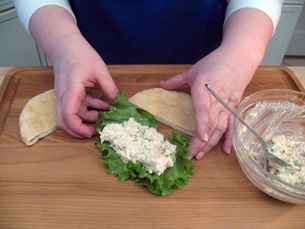 Then slide the tuna filled leaf of lettuce right into the bread. 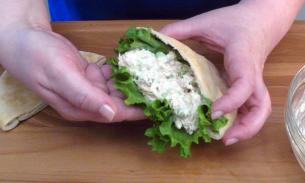 It comes out picture perfect every time! 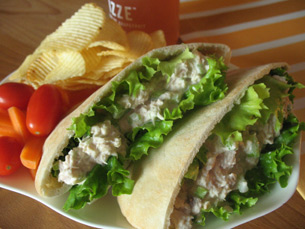 The one in pita bread look nice … thanks

Your are AWESOME !!! Love your recipes and the step by step instruction

Thanks for taking the time to express that positive feedback! We always appreciate hearing that the site is helpful to people.

Thanks Partha! startcooking.com is all about learning the basics in cooking. As they say, a picture is worth a thousand words!

so…just came across your site and this may be a very old post…but tuna salad, love it…sweet midget pickles chopped (i don’t use celery)…and the key is a bit of pickle juice before you add the mayo.

Hi Melissa,
Thanks for stopping by! You would get along well with my sister, that is exactly how she makes her tuna salad!
Cheers,
Kathy

Once again, thanks for the pics. This is a simple yet tasty snack. The cooking steps and illustrations are so perfect that a beginner cook can master this recipe in minutes.

The trick about lining the pita pocket with romaine is a good one. I really helps keep the sandwich from getting soggy. If you actually “roll” the salad dressing in lettuce, so even the top is covered, the pita will be fine in your lunchbox til noon. (remember to put an ice pack in, too!)