posted in Spices and Seasonings by Jessica Howard 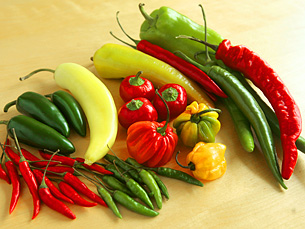 Chili peppers can bring on a subtle sizzle or a five-alarm fire!

When it comes to spicy food, we all have our own threshold. Some like a hint of heat, while others like to set their mouths on fire. Hot food is part of the culture in many tropical countries because of its cooling properties: the spiciness of the food provokes sweating, which cools the body as it evaporates.

The ingredient that gives many hot dishes their kick is chili peppers. These come in all shapes, sizes and intensities. It’s great to experiment with chilies, but you’ve got to know how to handle them. Once you know your way around a pepper, you’re all set to experiment.

Chile peppers are actually ranked according their fire power, which is measured in Scoville Units. ( See: How Hot Is It?: Startcooking.com’s Chili Chart with video) At the lowest level on the Scoville Scale are sweet bell peppers, sweet banana peppers and pimentos; at the highest level (rated 10 out of 10) are Red Savina Habaneros and Indian Tezpurs. They must be pretty hot, considering that jalapenos are rated 4!

As a general rule, larger peppers are typically milder than smaller ones. The smaller ones have a higher concentration of the chemical, capaicin, that makes peppers hot. The only way to decrease a chile’s heat is to remove the seeds and membranes of the chili, even then, the really hot ones are still really hot!

How to stamp out the flames

If you eat something too spicy, don’t bother with water. It will spread the capsaicin, which is an oil, around in your mouth. It’s a good idea to keep some milk handy, because the fat in dairy products seems to help put out the fire. That’s why Indian restaurants serve bowls of raita, a cooling combination of yogurt and cucumber. The acid in lemons (or lemonade) and tomato juice are also effective. Another option is to try an absorbent food like bread or rice.

How to buy and store chilies

Look for fresh chilies with taut, shiny skins – if they’re blemished and wrinkled, they’ve probably been around too long. Chilies can be stored for up to a week in the refrigerator, or up to a year in the freezer.

How to Pick Peppers 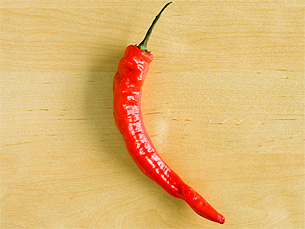 These ones are mild enough to be used like bell peppers. They can be used raw on salads and pizza, fried, sautéed or roasted. They’re often pickled, and you’ll see jars of pickled banana peppers near the other pickles at the grocery store.

As the name suggests, these are sweet-tasting peppers that are often used in Italian dishes. They’re typically sauteed first and then added to other dishes, but can also be eaten raw or stuffed. 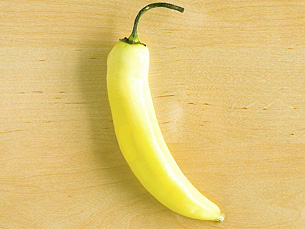 Also known as hot yellow peppers or hot wax peppers, these ones are pretty mild. They can be used fresh, added to soups and stews or pickled. 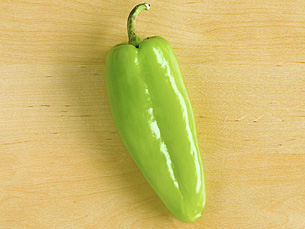 These relatively mild peppers look a bit like green bell peppers. That’s why you see lots of recipes for stuffed poblano peppers. These peppers are often used in mole sauces and salsas. 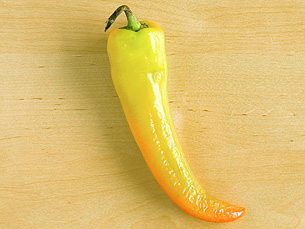 These peppers are most often used in a Mexican specialty called Chiles Rellenos: cheese-stuffed and fried peppers. Also known as California peppers, these are typically eaten when they’re green. 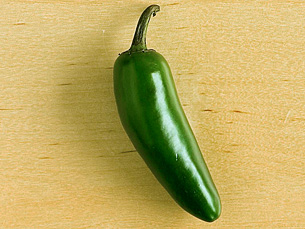 These are one of the most common types of chili found in Mexico (and one of the best known to Americans). The green ones are most often used in cooking and the red ones are typically dried and referred to as chipotle peppers. Jalapenos are available fresh, in jars or canned. 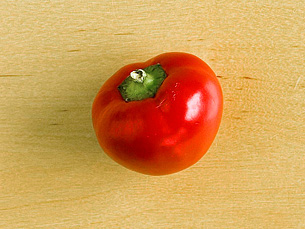 These bright red globes have thick walls that make them good candidates for stuffing and pickling. They rank in the middle of the Scoville heat chart. 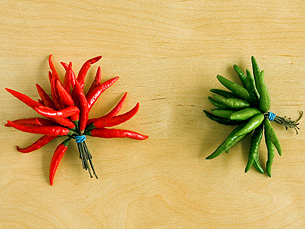 Also known as Bird’s Eye Chilies, these little ones pack a lot of heat. They turn from green to red and can be eaten either way. Red is used give dishes more color. 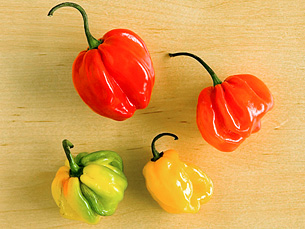 Habaneros are high up on the heat scale, with the Red Savina variety claiming the top spot. These lantern-shaped peppers can turn different colors at maturity, but often go from green to orange. They have a fruity flavor with similarities to papaya and berries, and are often confused with the Scotch Bonnet pepper.