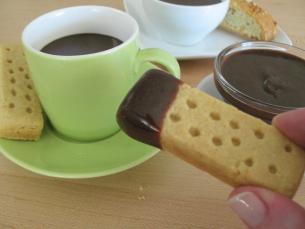 This dip is like a fondue, but everyone gets their own dipping cup. That means “double dipping” is totally allowed!

The only two ingredients needed to make this recipe are Nutella (up to a whole 13 ounce jar, if you like) and heavy cream (1 cup.) 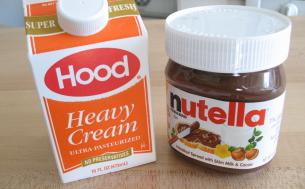 Spoon 8-to-13 ounces of Nutella into a microwave-safe glass measuring cup with a pour spout. (The pour spout will make this dish easier to serve.) 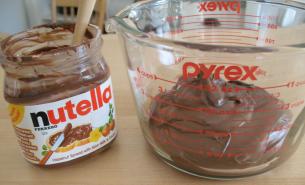 The more Nutella you use, the thicker your dip will be. Heat the Nutella in the microwave for 30 seconds on high.

Remove it from the microwave and set it aside for the moment.

Pour the cream into another microwave-safe glass measuring cup and heat that in the microwave, for approximately 30-45 seconds on high heat, or until very hot but not boiling. 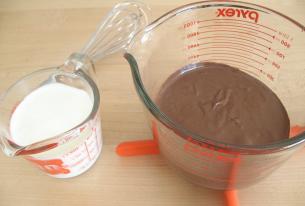 Pour the cream into the Nutella… 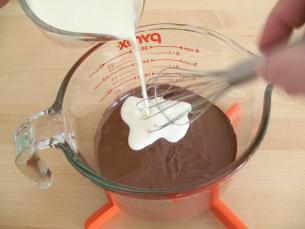 …and whisk the two ingredients together 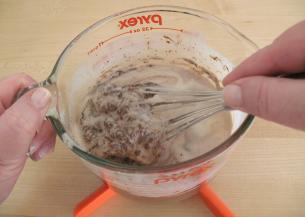 …until it is completely smooth and blended. 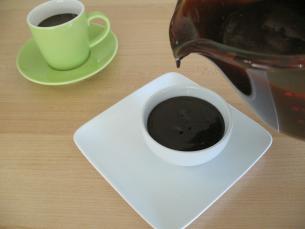 Serve with biscotti or shortbread. 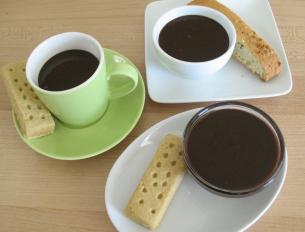 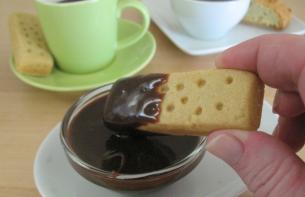 How to: Milks and Creams 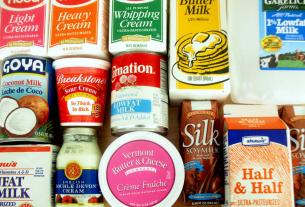 So Many Choices – What Does it all Mean?

Milk, cream and other related dairy products play important roles in cooking. Light cream often gives soup its rich taste, sour cream and buttermilk give baked goods a sinful texture and evaporated milk tastes great in your morning coffee.
Or, is it sweetened condensed milk that goes in coffee?
Read on to find out the answer to that and many other questions related to using milk and cream.

The “whole” in whole milk refers to the fact that it contains the natural 3.5 per cent fat content of cow’s milk. Most milk bought in shops has been pasteurized – heated and then quickly cooled – to kill bacteria, and homogenized so that the cream (milk fat or butterfat) does not separate and rise to the top.

Whole milk is recommended for babies and young children, whose growing bodies need the full fat content. For those of us who aren’t growing (or don’t want to!) there are three common varieties available that are lower in fat: one that contains two-per-cent fat and another that contains 1 per cent. Skim milk contains less than half a per cent of fat.

Milk is available in several varieties:

Lactose-free: This milk has a reduced amount of lactose (the sugar found in milk) for those who are allergic.

Low-Sodium milk: Milk has a naturally high volume of sodium. This milk is for those who are on sodium-restricted diets.

Dry milk: Powdered milk (skim, whole or buttermilk) can be mixed with water to drink or use in recipes. It doesn’t taste quite like fresh milk, though. 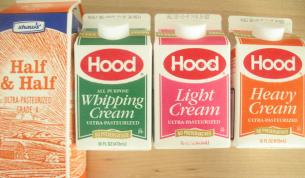 This is the concentrated, fatty layer that rises to the top of un-homogenized milk. There are various terms for cream, based on its fat content:

Half-and-half: This is mainly used for cups of coffee. It contains (surprise, surprise!) one half milk and one-half cream, and 10 to 12 per cent fat.

Whipping Cream: The 30% butterfat in this product allows it to thicken when whipped – but it does not end up as thick as when you whip heavy cream. (This product is mostly known in the USA and unknown elsewhere.)

Light cream: This may be used in recipes for soups and sauces, and contains 18 to 30 per cent fat.

Heavy cream (or double cream): This can be whipped. It doubles in volume when whipped and has 36 to 40 per cent fat. 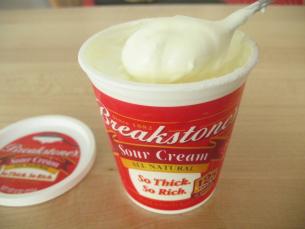 Sour cream is popular as a topping for baked potato or soups, and as the base for many dips. It is also used in baking recipes, such as Chocolate Cake. Sour cream is made by adding lactic acid to cream. It contains 18 per cent fat, but also comes in low and non-fat (thickened with stabilizers) versions. Plain yogurt can often be used as a substitute for sour cream. 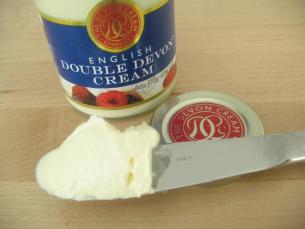 This British invention is integral to the tradition of “afternoon tea,” used as a spread on scones (along with jam.)

Clotted cream is made by heating unpasteurized milk and skimming off the surface layer (which is the clotted cream.) 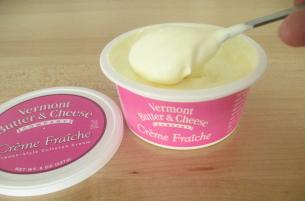 This French delicacy is a thickened, soured cream that’s often used as a fruit or dessert topping, or as a topping for soup. It has about 28 per cent fat, and is traditionally made with unpasteurized milk. In the U.S., it’s quite expensive.

According to Epicurious, you can make crème fraiche at home by mixing one cup of whipping cream with two tablespoons of buttermilk in a glass container. Let the mixture stand at room temperature for 8 to 24 hours, or until thick. Stir, cover and refrigerate for up to 10 days. 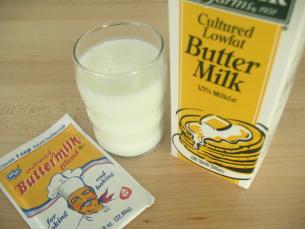 Buttermilk came into use as a byproduct of the butter-churning process: Rather than waste the residual liquid, people began to use it in baked goods, soups, dressings and sauces.

Nowadays, buttermilk is made by adding bacteria to milk (often skim milk) to give it a thicker texture and a tangy, yogurt-like flavor. Despite its rich-sounding name, buttermilk is actually lower in calories and fat than regular milk.

In recipes, it can often be substituted in equal proportions for plain yogurt (and vice versa). It can also be used in startcooking.com’s Avocado Soup. Occasional users of buttermilk may want to buy it in powdered form rather than fresh — that way you won’t end up wasting most of the carton when you only needed a cup.

This is canned milk that has had about 6o per cent of the water removed. Because has a long shelf life, it became popular as a milk substitute before refrigeration. These days, it’s mostly used to add creaminess to desserts. If it’s mixed with an equal proportion of water, it can be used to substitute milk.

Evaporated milk is available in whole, low-fat and skim versions. It can also be used to add creaminess to sauces and soups. In Holland, evaporated milk is widely used as a coffee creamer. We use is here at startcooking.com to make Stove-Top Mac and Cheese.

Evaporated milk is NOT to be confused with sweetened condensed milk (see below), which comes in similar cans. 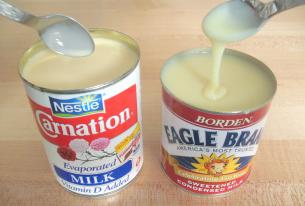 This sticky, sweet canned concoction is made with a mix of whole milk and sugar. It’s made by heating the milk and sugar together, which causes the water to evaporate. It’s used mainly in pie fillings (Key Lime Pie, for example), cakes and other desserts. In some countries – particulary Vietnam – sweetened condensed milk is used to flavor coffee. 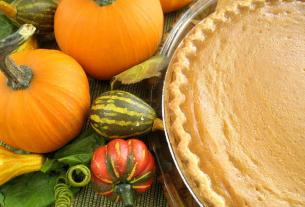 This is a caramel-flavored syrup that can be made by slowly cooking sweetened condensed milk. Native to Argentina and Uruguay, dulce de leche is sold in jars to use as a spread on toast, or a sauce for ice cream and other desserts. If you want to try making it at home, David Lebovitz offers a very simple recipe. 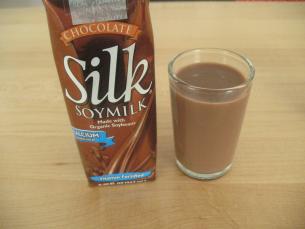 Often sold next to cow’s milk in North American grocery stores, soy milk is made from pressed soy beans and water. It has a slight beany taste. Soy milk is the basis of tofu, and is used widely in Asia for both drinking and cooking. It has a similar nutritional breakdown to cow’s milk, but is typically fortified with calcium. It provides an alternative for anyone with lactose or casein (milk protein) allergies. Soy milk comes in 2 per cent fat, and lower fat varieties, natural, sweetened and flavored. 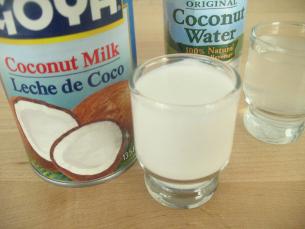 This one does NOT come from a cow. Coconut “milk” is actually the liquid produced from squeezing grated coconut meat, not the liquid that’s sitting inside the coconut. Coconut milk is often used in Thai or Asian curries and soups, as well as sweets and desserts.

Sold in cans, coconut milk has about 17 per cent fat content. It is available in lower-fat versions, which simply have more water added.

How To Put Together the Perfect Cheese Platter

posted in Dairy by Lisa Freeman 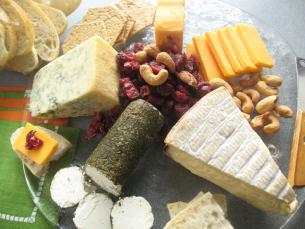 A cheese platter can be served as an appetizer or instead of (or before) dessert.

Choose an interesting assortment of cheeses—hard sharp cheeses, soft creamy ones and pungent blue cheeses. Look for an interesting mix of flavors, textures and colors.

We’re aiming for lots of character with cheeses you should be able to find at your local supermarket. Mix and match any 3 to 5 cheeses of these varieties (sorted by milk type) and this should be more than enough to satisfy your guests.

A wide range of cheese comes from cow’s milk. Set out a soft French brie which will be mild and creamy (no need to remove the rind on this one.) You can consider a fresh mozzarella (which I always sprinkle with a little bit of salt), but make sure it isn’t those little balls that are soaking in oil or the Polly-O packages—it’s gotta be the fresh stuff! Hard Asiago is not just for grating and sprinkling on your pasta, it’s a great choice as a zippy selection to round out a cheese plate. Holland’s cheeky Gouda falls in between these two and has quite an intricate taste.

Lovely and mild Spanish Manchego has become so popular that they even sell it in the big food club stores these days. Roquefort blue cheese on the other hand is bouncing with big tangy flavor and the ubiquitous blue spots of mold. Don’t freak out, this is a healthy bacteria that tastes divine.

This class of cheese is known for sharp and strong flavors that can range from very moist to quite hard. The French are king in this category and you will often see the words “chevre” (goat) on the label. You may find it in your dairy section in the shape of a 6 inch log or in a spreadable form branded Boursin. Either of these would be suitable on a cracker. But there are heaps of other varieties that are firmer, but no less tasty.

If you’re a true blue vegetarian, then you might be aware that many cheeses are made with rennet (a product derived from calf gut that is basically what hardens milk to form cheese). There are many cheeses that do not use rennet, and use a vegetable source to mold the cheese instead. There are plenty of delightful cheddars, provolones and fetas that are readily available to fit the bill if you’re so inclined.

The cheese clerk at your local supermarket will be a wealth of information, and if you’ve got a cheese specialty shop in your neck of the woods you are really in luck!